B R Shetty : Fall of a billionaire

BR Shetty: Fall of a billionaire 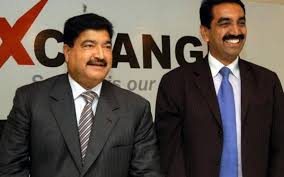 BR Shetty embodied the ultimate immigrant dream in the Persian Gulf — a man from coastal Karnataka who arrived in the oil-rich West Asian deserts in the early 1970s with $8 in his pocket and went on to create a personal fortune estimated by Forbes to be $4.2 billion in 2018.

As Shetty’s businesses expanded along with the oil boom in the Gulf, his stock rose considerably in the Indian community and among the Emirati rulers. He was awarded the Order of Abu Dhabi by the government there in 2005, which he is always seen wearing, pinned to his lapel. A Padma Shri in India followed in 2009. Over the years, Shetty has been increasing his business interests in India — acquisitions include the 180-year-old Assam Company, Mumbai’s Seven Hills Hospital, which was facing insolvency proceedings, and hospitals in Kerala and Odisha.

Shetty was first noted internationally with the 2012 IPO of NMC Health. The company reported revenues of over $2 billion in 2018. Finablr, the umbrella company for various finance companies including UAE Exchange, also listed on the LSE in May 2019, although its success was more muted. Behind both, the IPOs were two brothers from Palakkad, Kerala, who had risen through the ranks to become part of Shetty’s inner circle. 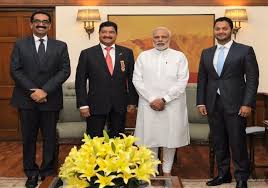 In 1980, Shetty launched money remittance firm UAE Exchange for migrant workers, which charged less than banks at that time and grew to become a market leader, eventually expanding to 850 direct branches in 31 countries.

Crashing down of empire

Not even in his wildest dreams would Shetty have suspected that his empire could come crashing down. Shetty’s troubles began when Block’s Muddy Waters Capital issued a report in December last year, criticising NMC’s accounts and disclosing a short position, sending shares down. Since Muddy Waters released the report on December 17, it set off a chain of events that had stunned UAE.

While Shetty’s NMC Health stands accused of falsifying accounts and faces charges of fraud, his financial services firm Finablr, an LSE-listed enterprise that owns the remittance firm UAE Exchange, has discovered that $100 million worth of cheques were issued from the company without the board’s knowledge. Top executives at both firms have either resigned or been sacked. Shetty himself stepped down as director and joint non-executive chairman of NMC Health in February and is now facing criminal charges in Abu Dhabi allegedly for fraud and forgery. Finding himself grappling with problems, 77-year-old, Shetty flew to India in February.