ICAI to review books of Yes Bank for FY18, FY19

The Enforcement Directorate (ED) said loans worth Rs 20,000 crore sanctioned by Yes Bank when co-founder Rana Kapoor was at its helm had turned NPAs. Stressed entities had, in lieu, extended loans to 78 companies linked to Kapoor's family members, it said. Monies raised through these loans were subsequently laundered to purchase real estate and other assets both in India and abroad, ED told a special Prevention of Money Laundering Act (PMLA) court on Wednesday while seeking further custody of Kapoor.

The Reserve Bank of India will check whether Yes Bank’s statutory auditor had raised any red flags in the past year, two people aware of the development told ET. The banking regulator last week proposed a rescue of the private-sector lender that will be led by State Bank of India (SBI)

The RBI has been in touch with auditor BSR & Co., which is a part of KPMG India, over the past few months. But the central bank will now specifically look at whether the auditor had issued any warnings over the past 12 months. Officials aware of the central bank’s plans told ET that RBI officials had already held meetings with Yes Bank’s new audit committee.

BSR and Co was appointed as Yes Bank's auditor after RBI banned SR Batliboi & Co for a year. The RBI had stated that the firm that was part of EY was banned due to "lapses identified in a statutory audit assignment carried out by the firm". 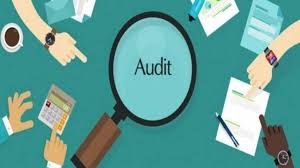 Accounting rule maker and self-regulator the Institute of Chartered Accountants of India (ICAI) on Wednesday said it will review the financial statements of Yes Bank for FY18 and FY19 in view of media reports of “systemic issues" with the distressed private lender.

ICAI said Financial Reporting Review Board (FRRB) has decided to take up the review of general-purpose financial statements of the lender for the two years. “In case the FRRB finds any material / serious non-compliance, it would refer the case to the Director (Discipline) of ICAI for initiating action against the auditor under the Chartered Accountants Act, 1949," said ICAI.

The financial statements of Yes Bank for the two years were audited by B S R & Co. LLP., which is a network firm of KPMG.

"We have not received any communication from the ICAI. We will work with them, as we do with relevant regulators, on this important matter. BSR remains committed to the highest standards of ethics and audit quality," BSR & Co said.

ICAI said the FRRB would inform any irregularity noticed to the regulatory body relevant to the enterprise. In the case of non-compliances observed are not material and do not affect the true and fair view of financial statements, the FRRB would appropriately bring the non-compliance to the attention of the Auditor, the self-regulator said.

ICAI keeps a tab on the performance of individual auditors and subjects them to its disciplinary mechanism. Capital market regulator SEBI and the RBI too take action on statutory auditors for violations. 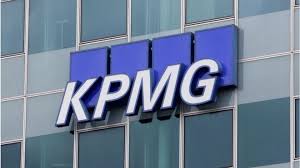 Yes Bank, which is currently under a moratorium imposed by the RBI, is likely to be bailed out by the SBI which is exploring an investment opportunity in the private lender. Its founder Rana Kapoor was arrested by the Enforcement Directorate on Sunday in Mumbai. The key concerns of regulators about the past conduct of Yes Bank and the role of its leadership include serious governance issues, weak compliance, wrong asset classification and risky credit decisions.