One of the world's greatest investors, Warren Buffett, in his letter to shareholders on February 22, asserted that Berkshire Hathaway is prepared for his departure as well as that of Charlie Munger.

"Charlie and I long ago entered the urgent zone. That’s not exactly great news for us. But Berkshire shareholders need not worry: Your company is 100 per cent prepared for our departure," Buffett's annual letter read. While Buffett is 89-years-old, Munger is 96.

In his annual letter, Buffett said Charlie Munger and he long ago entered the “urgent zone”. This might not be a piece of great news for Berkshire shareholders, but they need not worry, Buffett said.

“Your company is 100 per cent prepared for our departure,” he said.

Buffett said he felt Berkshire’s assets are deployed in extraordinary businesses that, averaged out, earn attractive returns on the capital they use. He pointed out four other factors for his optimism.

He said Berkshire’s positioning of its controlled businesses within a single entity endows it with some important and enduring economic advantages.

“Berkshire’s financial affairs will unfailingly be managed in a manner allowing the company to withstand external shocks of an extreme nature. We possess skilled and devoted top managers for whom running Berkshire is far more than simply having a high-paying and/or prestigious job. Finally, Berkshire’s directors – your guardians – are constantly focused on both the welfare of owners and the nurturing of a culture that is rare among giant corporations,” he said.

"It is certain that Berkshire’s rewards from these 10 companies, as well as those from our many other equity holdings, will manifest themselves in a highly irregular manner. Periodically, there will be losses, sometimes company-specific, sometimes linked to stock-market swoons. Overall, the retained earnings of our investees are certain to be of major importance in the growth of Berkshire’s value," Buffett's letter said. 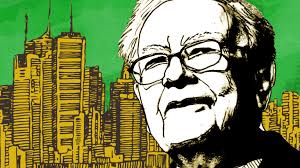 "Charlie and I have very pragmatic reasons for wanting to assure Berkshire’s prosperity in the years following our exit: The Mungers have Berkshire holdings that dwarf any of the family’s other investments, and I have a full 99 per cent of my net worth lodged in Berkshire stock," Buffett's letter said.

"Today, my will specifically directs its executors – as well as the trustees who will succeed them in administering my estate after the will is closed – not to sell any Berkshire shares. My will also absolves both the executors and the trustees from liability for maintaining what obviously will be an extreme concentration of assets," Buffett's letter added.

Annual meeting on May 2

The annual meeting of Berkshire will be held on May 2 and Yahoo will be streaming the event worldwide. 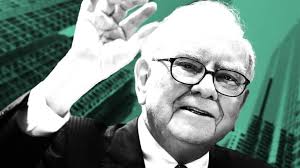 "I’ve had suggestions from shareholders, media and board members that Ajit Jain and Greg Abel – our two key operating managers – be given more exposure at the meeting. That change makes great sense. They are outstanding individuals, both as managers and as human beings, and you should hear more from them," Buffett's letter said.