Vodafone Idea could be on the brink of exit, Indian telecom will hurtle towards a duopoly.

Vodafone Idea could be on the brink of exit.

Unless the government intervenes, Indian telecom will hurtle towards a duopoly.

Even if it manages to pay some part of the dues, the operator’s balance sheet will be so leveraged that it will not have enough financial power to survive a battle with Reliance Jio in the market. Shares of VIL tanked 23 per cent on Friday on the BSE as shareholders see the end of the road for the operator.

The company’s net loss rose to ₹6,438.8 crores in the third quarter ended December 31, 2019, an increase from ₹5,004.6 crores posted during the comparable year-ago period. According to industry analysts, there could be some hope for the company if the Centre agrees to lower the overall levies, including the licence fees and spectrum usage charges. Additional capital infusion by the promoters of the telecom company, UK-based Vodafone Plc and its Indian joint venture partner Aditya Birla Group, could also help, but that is unlikely to happen.

Industry experts said Vodafone Idea could be put under the insolvency process if no financial aid comes over the next week. But the insolvency process may get complicated given a large amount of debt the company has in addition to the payouts related to AGR and licence fee. The other option would be for the company to merge with Bharti Airtel. However, even in that case, the merged entity will have to pay the dues.

India faces a multi-billion-dollar hit to its economy and a tarnished reputation as a place for multinationals to invest unless it can keep Vodafone Idea in business. Vodafone Idea, a joint venture between Britain's Vodafone Group Plc and India's Idea Cellular, is the most vulnerable of the mobile carriers ordered on Friday to immediately pay billions in unpaid government dues and interest following a Supreme Court ruling.

But Airtel and Jio, it said, would be “big beneficiaries” in terms of market share gains, though adding that the Mukesh Ambani-led telco, which doesn’t face any material (AGR) payment risks (unlike Airtel) is better positioned in the long run and to also invest in 5G with less pressure on its balance sheet”.

In a duopoly scenario, Airtel and Jio might bargain hard and get the government to auction VIL’s spectrum at a significant discount by getting it to slash the reserve price.

If VIL indeed shuts down, Jio would need to launch another aggressive 4G featurephone offer to attract Vodafone Idea’s user base, many of which are still on 2G and 3G, who by default would otherwise move to Airtel that offers the legacy technologies, say experts

In the event Vodafone Idea decides to shut down operations, Airtel will be the biggest gainer, as it is the only operator which can absorb the entire 2G subscriber base from the former. Airtel shares rose over 4 per cent on the BSE on Friday. Reliance Jio could entice the 2G user base to shift to its 4G network through discounts and offers.

With 13,000 direct employees and loans from banks of about $3.8 billion, Vodafone Idea's potential exit would send shockwaves through India's economy, which is already growing at its slowest pace in 11 years.

Reliance Jio, Vodafone Idea, and Bharti Airtel account for nearly 90% of the country’s mobile phone subscribers, whereas state-owned BSNL and MTNL, which once pioneered Indian telephony, have been consigned to the margins. Over the years, many foreign players—Norway’s Telenor, Russia’s Sistema, and Aircel, owned by Malaysia’s Maxis, to name a few—too, have exited the market that was once seen as a hotbed for foreign investment. 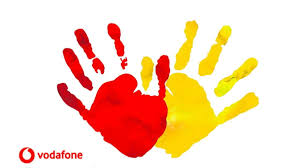 The journey of Vodafone in India has been tumultuous from the start. In 2007, when it bought Hutchison’s stake in India, the government raised a tax dispute of $2.2 billion. The company won the battle in court but the then UPA government changed the rules retrospectively and again raised a tax demand, which was challenged in court.

The next inflexion point came in 2016 when Reliance Jio disrupted the market with low data tariffs and free voice calls. Vodafone India and rival Idea Cellular then decided to merge in 2018.

But, in the long term, the biggest impact of a VIL shutdown will be on consumers, as tariff levels are expected to go up by 25-30 per cent. More than 10 telecom operators have shut shop over the past 10 years and, if Vodafone Idea exits, there will be just two private players left in the market.