NCLAT holds that the appointment of N Chandrasekaran was illegal.

The National Company Law Appellate Tribunal (NCLAT) has restored Cyrus Mistry as the Executive Chairman of the Tata Group. NCLAT upheld that the appointment of N Chandrasekaran was illegal.

A window of four weeks has, however, been allowed by the NCLAT on the reinstatement of Cyrus Mistry which means Tata Sons can appeal before the Supreme Court within these four weeks against restoring Mistry as the executive chairman.

A two-judge panel of India’s National Company Law Appellate Tribunal on Wednesday said Ratan Tata’s actions against Mistry were oppressive and the appointment of a new chairman was illegal. The court also said Tata Sons’ move to turn private from a public company was unlawful and ordered a reversal.

Shares of Tata Motors Ltd. and Tata Consultancy Services Ltd. fell after the verdict, dragging down the main equity gauge. Representatives for the Tata Group and Mistry’s office couldn’t immediately comment. “Investors will surely reduce their group exposure,” said Sameer Kalra, Mumbai-based strategist at Target Investing. “All strategic changes which happened under the current chairman will be paused till the Supreme Court verdict is out.”

Mistry was ousted as chairman of Tata Sons in October 2016, about four years after he had taken over the position from Ratan Tata. He turned to the National Company Law Tribunal to overturn the dismissal and, following an unfavorable ruling, appealed to the NCLAT seeking to expunge disparaging remarks against him in the original order.

The Registrar of Companies decision to change Tata Sons from public to private company has also been set aside.

Mistry, who had taken over as the sixth chairman of Tata Sons in 2012 after Ratan Tata announced his retirement, was ousted from the position in October 2016.

Mistry and Tata family patriarch Ratan Tata had a falling out over key investment decisions, including manufacturing of world's cheapest car Nano. Mistry challenged his removal in the National Company Law Tribunal (NCLT). 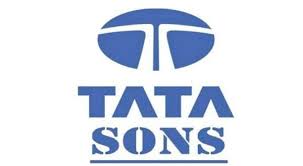 The Shapoorji Pallonji group hold over 18 percent stake in Tata Sons while the Tata Trusts and Tata Group companies along with Tata family members collectively hold the balance over 81 percent of the total shareholding.