The Central Board of Direct Taxes (CBDT) on its Twitter handle clarified today that the order about a further extension of ITR filing deadline circulating on social media is fake and that ITRs should be filed by the existing deadline of 31.8.2019. "It has come to the notice of CBDT that an order is being circulated on social media pertaining to the extension of due date for filing of income tax returns. It is categorically stated that the said order is not genuine. Taxpayers are advised to file their returns by 31.8.2019," the CBDT tweet stated. 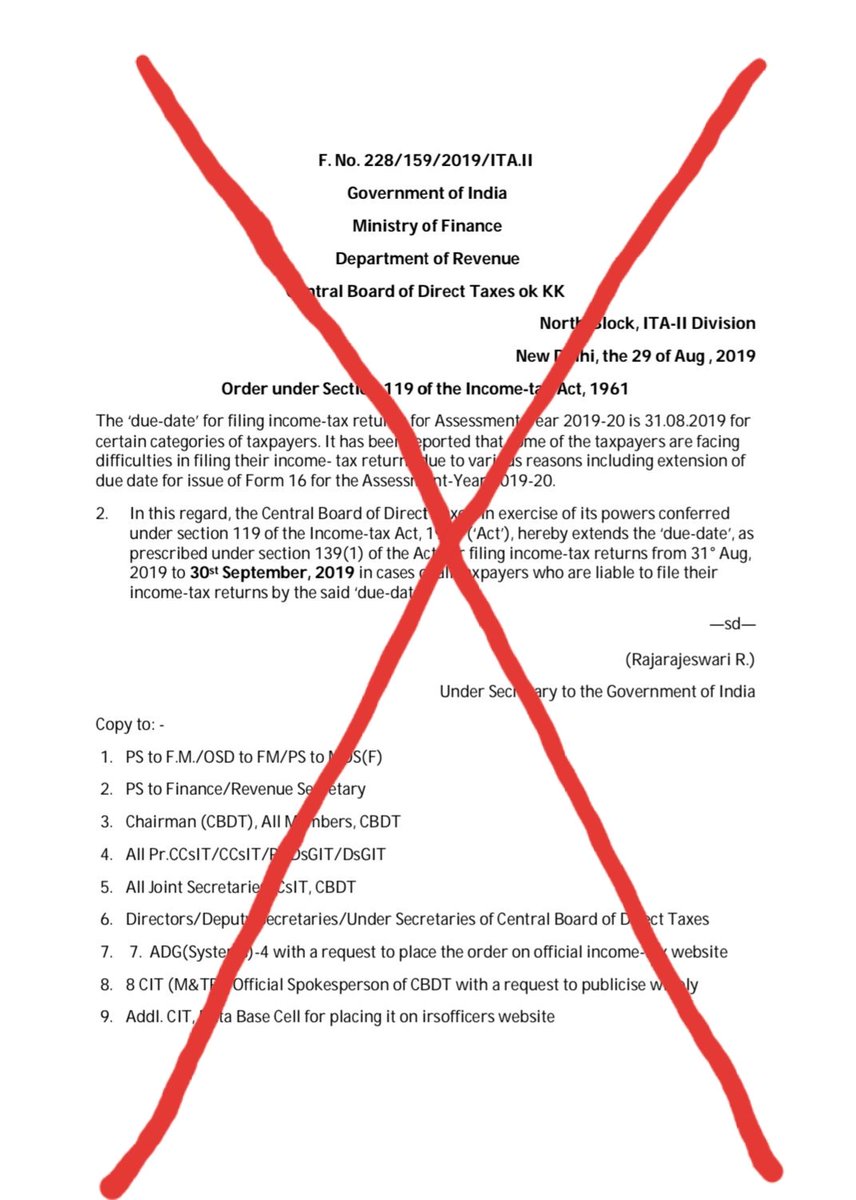 There had been rumours that the deadline may be extended again. There had been images of an order issued by the CBDT circulated in social media. Consequently, CBDT has issued a clarification.

This year, there have been requests from taxpayers and chartered accountants to extend the deadline further. The CBDT has been issuing clarificatory circulars over the past 15 days to resolve the problems in filling of ITR forms. The most recent circular issued by CBDT in this regard was on August 27. The circular was to provide clarification regarding disclosing of directorship in the foreign firms by NRI and reporting of foreign assets by resident individuals.