The 73-year-old Congress leader and former Union minister Palaniappan Chidambaram is facing the toughest crisis of his career. The lawyer-turned-politician has been slapped with money laundering and corruption charges in the INX Media case and is in the CBI custody following the Delhi High Court's refusal to grant him anticipatory bail on Tuesday. 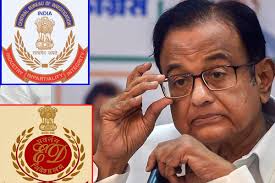 In March 2007, INX Media had approached Chairman of FIPB, seeking permission for issuing equity shares to three non-resident investors based in Mauritius through the foreign direct investment (FDI) route. This money, according to the FIR, was sought for creating and operating a number of television channels. The application to the FIPB also mentioned its intention to "make a downstream financial investment to the extent of 26 per cent of the issued and outstanding equity share capital of INX News Private Limited".

A few months later, the FIPB board approved INX's proposal, specifically an FDI/NRI inflow of Rs 4.62 crore, but did not approve the proposed downstream investment. So the FIR primarily alleged that "INX Media deliberately and in violations of the conditions and approval" went ahead with the downstream investment and generated FDI exceeding Rs 305 crore in the company "by issuing shares to foreign investors at a premium of more than Rs 800 per share" between August 2007 and May 2008.

When the Income Tax Department sought clarification on the above in February 2008, INX Media allegedly sought to wriggle out of the mess by offering kickbacks to Karti to leverage on his family name to scuttle the probe.

The CBI said that Karti had received funds to the tune of Rs 10 lakh in the case. During its searches at the homes and offices of junior Chidambaram, the agency sleuths reportedly recovered vouchers for this amount issued in favour of Advantage Strategic Consulting (P) Limited, a firm "indirectly" owned by him. But some sections of the media reported that there is new evidence that he had received a much fatter kickback.

The Chidambarams have predictably and vociferously denied all charges made against them, blaming it all on political vendetta. But compounding the family's misery is their involvement in the alleged irregularities in the grant of FIPB clearance to the Aircel-Maxis deal back in 2006, another case being investigated by the CBI.

In May 2017, the Central Bureau of Investigation registered an FIR for alleged discrepancy in the Foreign Investment Promotion Board's (FIPB) clearance given to the INX group in 2007. Chidambaram was Finance Minister at that time.

The Financial Intelligence Unit (FIU-IND) under the Finance Ministry had raised queries over the foreign direct investment of over Rs 305 crore made by three Mauritius-based companies in INX Media Pvt Ltd, then owned by Peter Mukherjea and his wife Indrani Mukerjea.

Indrani Mukerjea and her husband Peter Mukerjea, who co-founded INX Media in 2007, had been charged with entering into a criminal conspiracy with Chidambaram and son Karti to get foreign investments and evade punitive measures for not having the necessary approvals from the FIPB.

In March 2018, Indrani Mukerjea told the CBI in a statement recorded under Section 164 of the CrPC that a deal of $1 million was struck between Karti Chidambaram and the Mukerjeas to secure approval from the FIPB in favour of INX Media. Last month, a Delhi court had allowed Indrani Mukerjea, who is a prime accused in the murder of her daughter Sheena Bora, to turn approver in the INX case.

The case was forwarded by Mumbai IT Department to the Enforcement Directorate (ED), which also registered a case against the media organisation in 2010. INX Media in turn engaged Chidambaram's son Karti -- the promoter-director of Chess Management Service (P) Ltd, to resolve the issue, by influencing various departments of FIPB.

The rise of Chidambaram

Chidambaram, who has a degree in law and an MBA from Harvard Business School, joined the Congress in 1984 and contested and won Lok Sabha elections from Sivaganga around the same time. He had been associated with several ministries including that of commerce and industry, mostly as junior minister till mid-1990s. In 1996, Chidambaram quit the Congress for a brief period to join Tamil Maanila Congress -- a breakaway faction of the state Congress unit.

He made his mark as Finance Minister in 1997 when he presented the "dream Budget" under then Prime Minister Deve Gowda, who was leading a fragile United Front government at that time.

Despite being part of a weak coalition government, Chidambaram introduced bold reforms including drastic reduction of personal and corporate tax rates in the 1997 Budget. Soon after, he rejoined the Congress.

His spectacular rise in politics started only in 2004. He was given the important portfolio of finance in the Manmohan Singh-led UPA government. As Finance Minister, he had to deal with the Left parties, which provided outside support to the government and many of his proposals, aimed at expanding private sector participation to boost the growth of the Indian economy, did not see the light of day.

However, he played an important role in introducing the Value Added Tax (VAT) while notifying in the Fiscal Responsibility and Budget Management Act (FRBMA). However, he is remembered most for designing and implementing the Rs 70,000 crore farm debt waiver scheme, which many believe, went a long way in the helping the UPA retain power in the subsequent 2009 Lok Sabha elections.

While economists and policymakers criticised this move, he managed to impress the top echelon of the Congress party. In November 2008, Chidambaram already touted as an achiever by his party men—was entrusted with the home ministry. 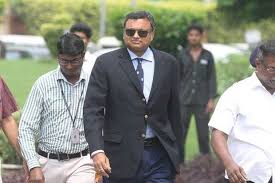 As Home Minister, he had a tougher job at hand. His tenure was laced with criticism, especially on issues relating to security. In 2011, when he was in charge of the Home Ministry, three co-ordinated bomb explosions ripped Mumbai killing many. These blasts took place barely three years after the horrific terror attacks in two of Mumbai's premier hotels.

Not just that, Chidambaram was seen by many -- including those from his own party -- as a man who was arrogant, head-strong and he often remained incommunicado. He had also been assaulted by a Sikh journalist in April 2009 for giving a "clean chit" to Jagdish Tytler. 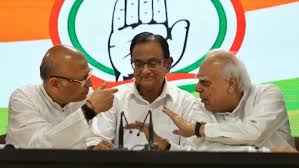 In August 2012 Chidambaram was removed from the Home Ministry, and he once again resumed charge as Finance Minister. He is also often blamed for forcing the public sector banks to expand their credit portfolio in a reckless manner—something that has led to the alarming rise in the non-performing asset levels in the government banks. 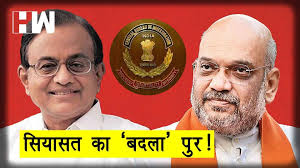 Interestingly, in 2010, the Central Bureau of Investigation arrested BJP leader and Home Minister Amit Shah in connection with the Sohrabuddin Sheikh fake encounter case. Shah was also sent to jail.