In a bid to shield India Inc from the headwinds emanating from the ongoing general economic slowdown, the Central government has asked Public Sector Banks (PSB) to recommend ways to prop up growth.

At present, a culmination of factors such as high GST rates, natural calamities, subdued farm produce prices, stagnant income levels and low job generation have led to the slowdown. 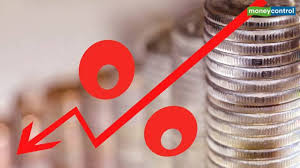 Various sectors are facing a sales downturn. Industries such as FMCG and automobile have been hit the hardest.

In case of the auto sector, the industry recorded an overall decline of 18.71 per cent in off-take for July, the highest monthly sales de-growth in the last 19 years.

Not just the main sectors, the slowdown pain has now percolated to small businesses which supply raw materials and parts to bigger industries.

"We have several thousand bank branches across the country. All of them have submitted their assessment of the ground-level demand situation. Their assessment is necessary as they deal directly with the MSMEs. Now state-level meetings are going on and this will be followed by our final recommendations to the government by the first week of September," a senior public sector bank official told IANS in New Delhi. 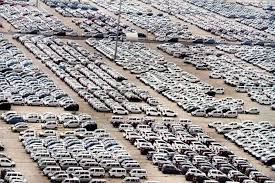 "We expect that by the first week of the coming month, we will be able to submit the ground-level assessment report to the government, highlighting key areas of concerns and possible steps to prop-up growth."

Over 1 lakh bank branches under the PSBs have been activated to assess the ground-level situation.

"We have conducted meetings with our bank managers over their assessment of the situation... Overall, 80 per cent of such meetings are over, however, due to flood situation in certain areas, some assessment reports are yet to reach us," another official with a state-run bank in Mumbai said.

Nonetheless, both the top-level banking sources confirmed that there was no stimulus package in works coming from the public sector banks' side.

"Certain norms regarding repayment of loans by sectors such as an MSMEs, and others might be implemented. But there is no stimulus coming from the PSBs' side as of now," the second PSB official located in Mumbai said.

Recently, industry representatives have met to apprise her of the grim situation. This was followed by a state-of-the-economy review by the Prime Minister on August 15 with Finance Ministry officials.

Subsequently, speculation had risen regarding government's plans for a stimulus package for India Inc.

"You need to understand ground-level realities before going in for any package," one of the bankers earlier quoted said.