Notwithstanding India's progress on growth and inflation, some of the big challenges for the economy include weak investment, muted monetary transmission and slow GST collections, according to Goldman Sachs.

"Despite growth being strong, overall, the investment climate was pretty weak," said Prachi Mishra, India Chief Economist, Goldman Sachs in a podcast wherein she discussed the drivers of India's economy. 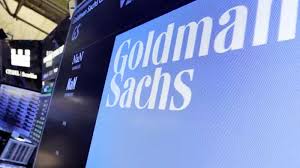 Goldman Sachs did a macro tour earlier during the year with a large group of investors including policymakers, market participants, bankers and political analysts in Mumbai and Delhi to analyse investor concerns.

Some of the concerns which were raised during the tour were muted monetary transmission and slow goods and services tax (GST) collections, she said.

"I should add that weak investment, muted monetary transmission and slow GST collections still continue to be big challenges for the Indian economy at this point," she added.

According to Mishra, the average GDP growth in India over this decade had been about 7 per cent. Three-fourth of that is actually attributable to consumption and only one-fourth to investment.

Mishra further said that Goldman Sachs clients are concerned about whether the government has an appetite for radical structural reforms, particularly in the area such as land, labour, export promotion and privatisation.