‘Guaranteed to lose money’: welcome to the world of negative interest rates

What is a negative interest rate policy? How does it work?

So why do we have negative rates at all?

Some examples are central bank policies. In the eurozone, in Denmark, Sweden, Switzerland and Japan, central banks have decided to have a negative rate on commercial banks' excess funds held on deposit at the central bank. In effect, private sector banks have to pay to park their money.

In the case of Sweden, the central bank has gone below zero on the rate it lends money to the banks, its main policy tool.

But it is not necessary that banks will be charging a negative interest rate, rather they may charge a small reduced interest rate after the central bank policy.

The normal attraction of a bond is that, for an upfront payment, the issuer pays you back more – paying interest on the principal over a given number of years, and the principal at the end.

Government bonds – which are the main way governments fund deficits – have been particularly attractive to investors wanting minimum risk, because a government can generally be relied on to pay its debts.

It is a phenomenon that has had economists scratching their heads. In fact there is a well-known (to economists) term for the idea that interest rates shouldn't go below zero. It's the "zero lower bound".

When negative interest rate policy is adopted? How does it work?

The policy is adopted to escape from deflation. During adverse economic conditions, households and business people wait for long to see the economy recovering. But this withholding of spending itself will make things worse. Lack of spending will reduce investment and jobs, leading to steep deflation and recession.

Here, the best strategy is to incentivize people to spend. For this, more loans should be given. An extremely low-interest-rate near to negative interest rate will encourage people to borrow and spend. 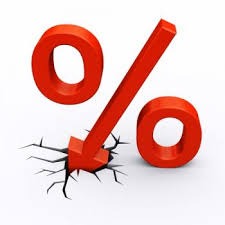 Why would anyone want to buy such a bond? The main reason is still the same. A government bond is safe. It’s just that now the Bond doesn’t guarantee a minimum return but a minimum loss.

Take, for example, the Swiss government bond that currently costs SFr103.15, pays no interest and will return just SFr100 when it “matures” in June 2029. The holder knows they’ll lose more than 0.3% over a decade, but no more. A term deposit in a Swiss bank is no better, with interest rates of about -0.3%, and less safe. Buying shares or gold might return more, but carry a bigger risk of losing a lot more.