Budget 2019: The good, the bad and the ugly of Sitharaman's budget

UNION BUDGET 2019: Presenting her first Budget, the 59-year-old Sitharaman dug deep into government coffers to lay down an ambitious socio-economic plan that promised, among others, piped water to every household by 2024.

She pressed the accelerator on fiscal consolidation, lowering the fiscal deficit target to 3.3 percent of gross domestic product (GDP), from an already upwardly revised 3.4 percent pegged in the Interim Budget on February 1.

The budget proposals in Nirmala Sitharaman's budget have evoked different responses from different sections. Here is a look at the good and the not-so-good sides of the budget.

The government also expects to earn more by way of selling stake in state-owned enterprises with the disinvestment target for 2019-20 set at Rs 1.05 lakh crore, up 16 percent from the Interim Budget's Rs 90,000 crore projections.

Sitharaman, however, announced plans to tax cash withdrawals from banks above Rs one crore a year from a single bank account to keep a trail on people’s attempt to hoard cash through repeated high-value cash withdrawals and make it less rewarding for people to transact in cash.

Slowdown signs have been visible since 2018, with the GDP growing 6.6 percent in October-December 2018. The national income data has reinforced deceleration signs that were emanating from a slew of shop-end data, such as car and consumer goods sales, often seen as indicators of trends in household spending.

Sitharaman, however, lowered the corporate income tax rate from 30 per cent to 25 percent for almost India’s entire industrial class. In 2018, the government had lowered the corporate income tax rates to 25 percent for all companies with a turnover of up to Rs 250 crore. Sitharaman today raised that threshold to Rs 400 crore, expanding the eligibility of lower taxes to 99.3 percent of companies.

The super-rich, however, have to bear the burden of the government’s extra welfare push. She raised the surcharge on with those earning between Rs 2 crore to 5 crore and Rs 5 crore. Effective tax rates for these two categories will increase by around 3 percent and 7 percent respectively.

The Finance Minister singled out micro, small and medium enterprises (MSME), the lifeblood of India’s industry, for special focus with Rs 350 crore set aside for 2019-20 for giving out loans to small firms, where the government will subsiside 2 percent of the interest.

Nirmala Sitharaman's maiden budget today proposed to make Pan Card and Aadhaar card interchangeable to file tax returns. In addition to that, those who do not have PAN can simply quote their Aadhaar number wherever PAN is mandatory to quote.

* EVs on a faster road

Sitharaman announced that upfront incentive will be offered on purchase of electric vehicles, adding that the government has already moved GST Council to cut rate for EVs To 5% from 12%.

Sitharaman's other big announcement on EVs pertained to (a) tax deduction of Rs 1.50 lakh on EV loan interest, and (b) No custom duty on certain parts of EVs.

This will enable people to pay multiple kinds of transport charges, including metro services and toll tax, across the country. 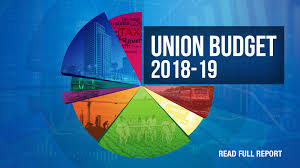 Sitharaman's budget proposed to provide banks with Rs 70,000 crore of capital to boost credit. She also informed that there has been a record recovery of over 4 lakh crore of bad loans through IBC in the last 4 years.

* NRIs to get Aadhar on arrival

The budget proposes to consider issuing Aadhaar Card for NRIs with Indian passports after their arrival in India. As of now, they have to wait for a period of 180 days.

In a major breather for startups, it was announced that startups and investors who file requisite declarations and provide information in their returns will not be subjected to any scrutiny on valuation.

Merchant discount rate won't be charged on businesses with a yearly turnover of over Rs 50 crore and also on their customers. RBI and banks will absorb these costs. The move is expected to be a major push to cashless payment.

Around 30 lakh workers are now covered under the Pradhan Mantri Shram Yogi Maandhan Yojana, the scheme that provides a monthly pension of Rs 3,000 to informal sectors workers after they turn 60.

Rental laws will be reformed, Sitharaman announced. Modern tenancy law will be shared with states to promote house renting. The current mechanism doesn't adequately address the relationship between the tenant and the landlord.

*Local sourcing norms to be eased for single brand retail

The budget announced that local sourcing norms for FDI in single-brand retail will be eased. The proposal is expected to solve a long-standing problem in the sector.

Sitharaman said step would be taken to replicate zero-budget farming, currently practiced in a few states, in all of India.

It considered 'zero budget' because the costs of raising the main crop are offset by the income that farmers earn from intercrops. Under this method, chemical fertilizers and pesticides make way for locally available cow dung and cow urine, jaggery and pulse flour.

Sitharaman announced there will soon be a new education policy, and that higher education in the country will be reformed comprehensively. Efforts will be made to bring in foreign students under a Study in India plan, she said. She said the government will make renewed efforts to promote research in the country. 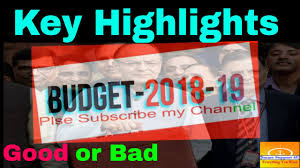 * Shareholding norm tweak for listed cos

Sitharaman said the govt would consider raising minimum public shareholding in the listed firms to 35% from 25% at present.

Analysts say many MNCs listed on Indian bourses may consider delisting, if increase public shareholding is implemented. In case of many midcap and smallcap stocks it was better to have more promoter skin in the game since India's capital market is in a developing phase, said Amar Ambani of YES Securities.

Under a phased reduction plan for corporate taxes, the budget proposed to bring under 25% tax ambit companies with an annual turnover of up to Rs 400 crore, in place of the earlier cap of Rs 250 crore.

The move came under criticism from experts who said the tax rejig should have been applicable to all companies and not just a select section.