Mathematics is on decline in India. Reason: excessive focus on engineering

The world’s biggest companies are coming to India for data analytics, artificial intelligence (AI) and machine learning (ML) skills. But renowned mathematicians believe the country needs to significantly improve its mathematics capabilities to be able to use these technologies to create really innovative and robust solutions — both for itself and the world.

Manjul Bhargava, a mathematics professor at Princeton University and winner of the Fields Medal, one of the highest honours in math, says India can’t hope to lead the fourth industrial revolution, “if we don’t have strong mathematical talent coming up very soon”.

Srinivasa Varadhan, a mathematics professor at New York University, agrees. He says if you want to provide some guarantee that a certain ML algorithm will work the way it’s supposed to, then you have to do the math. “Without the math, the procedures may be just experimental, may work sometimes, sometimes not. Only mathematics will tell you under what circumstances it would work,” he says.

As the last issue of this page said, AI and ML have become so simple and affordable that they can today be applied in a variety of areas. To improve medical diagnosis, to create highly effective chatbots and voice bots, in automating insurance claims handling, in matchmaking. But ensuring they work effectively in all circumstances and to create more complex solutions, math is seen to be crucial. 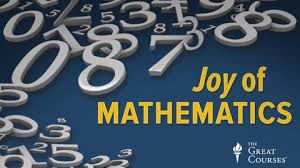 A very important application of math and ML in Indian cities can be to programme traffic lights and public transport systems to reduce traffic and improve traffic flows, says Bhargava. Varadhan says how well the weather is predicted depends on how good the mathematical modelling of the atmosphere is.

India invented the zero, but math is seen to have suffered a decline here for several reasons. The first is a global phenomenon. In the 1970s, there was a big separation between pure and applied math, says Nalini Anantharaman, chair of mathematics at the Institute for Advanced Study in the University of Strasbourg, France, and last year’s winner of the Infosys Prize in Mathematics. “It wasn’t like that at the beginning of the 20th century. Now in France, it’s getting better. But in India, still not quite,” she says.

Bhargava describes it as a “very artificial separation” because all pure science and math eventually get applied. A second reason for math’s decline is seen to be India’s big focus on engineering from the time of Independence. “The fact that IITs became the most prestigious place to go to put engineering on a pedestal, in a way that prevented pure science from coming up. The moment parents see their children doing well in math, they say you are going to become an engineer?” says Bhargava.

Yet another mistake that happened after Independence, Bhargava says, was the separation of teaching and research in India’s higher education system. India has some fantastic research institutions like Tata Institute of Fundamental Research (TIFR), International Centre for Theoretical Sciences (ICTS), Indian Statistical Institute (ISI). But they are little islands of excellence. And then there’s the whole teaching sector, state universities, where no research happens.

“How can you have an excellent higher education in an environment where no knowledge creation takes place! The best education happens in places that combine these, like in the Ivy Leagues, or earlier in India in Takshashila and Nalanda,” he says.

The US, he says, is using its advantage in holistic learning to develop, for instance, self-driving cars, where “we have to have computers that understand the human perspective of what they see, computer vision, that artistic, visual aspect, as well as mathematics.

In India, there’s some correction happening. A number of Indian Institutes of Science Education & Research (IISERs) — dedicated to science — have been established, and many have excellent faculty. The Chennai Mathematical Institute (CMI) has grown in stature. “It’s so good that some are turning down IITs to go there,” says Bhargava.

Varadhan notes that CMI and ISI do both research and teaching. “And after all these years, IISc (Indian Institute of Science) is starting to have some undergraduate students,” he says.