Indian authorities have detected at least 22 violations of auditing standards by Deloitte Haskins & Sells and a KPMG affiliate while investigating a fraud at a financial company, leading it to seek a five-year ban on the auditors, according to government legal filings seen by Reuters. 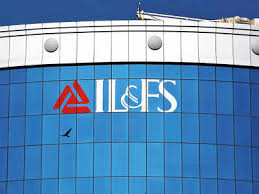 BSR & Associates, part of global accounting firm KPMG’s network in India, has resigned as an auditor of IL&FS Financial Services (IFIN), which is being probed by multiple agencies for alleged financial irregularities.

The announcement comes a day before a hearing at the National Company Law Tribunal (NCLT), where the government has sought a ban on BSR and fellow auditor Deloitte Haskins & Sells for their alleged role in concealing bad loans at Infrastructure Leasing & Financial Services (IL&FS) and its group firms including IFIN. After the alleged financial irregularities came to light, the government had replaced the IL&FS board with one headed by banker Uday Kodak.

The failures were detected as part of a wide-ranging probe into alleged fraud and mismanagement at Infrastructure Leasing & Financial Services (IL&FS), which defaulted on its debt obligations last year and sparked fears of financial contagion.

After the government took over IL&FS, government investigators began looking into one of its key financial units, IFIN, which was audited by Deloitte between 2008/09 and 2017/18, and by a KPMG affiliate, BSR & Associates, from 2017/18.

The auditing firms gave clean audit reports and "deliberately" failed to report fraudulent activities at IFIN, said a 214-page tribunal filing submitted on Monday by the corporate affairs ministry, which was seen by Reuters and is not public.

Citing an investigation by the Serious Fraud Investigation Office (SFIO), the filing said auditors had "miserably failed to fulfil the duty entrusted to them", adding they colluded with a group of IFIN officials to conceal facts."Simply put, the fraud committed at IFIN is nothing short of organised crime, actively aided and abetted by the statutory auditors," said the ministry filing. 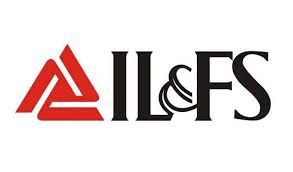 In response to an e-mail from Reuters detailing the allegations made in the filing, a Deloitte spokesman said it was confident "it has been thorough and diligent" in its duties as an auditor and looked forward to presenting its position to the courts and relevant authorities.

"The firm stands fully for its audit work which has been conducted in full compliance with the professional standards in India," Deloitte said.

IL&FS did not respond to a request for comment.

The National Company Law Tribunal on Monday asked Deloitte and the KPMG affiliate to file their responses on the allegations, setting June 21 as the next hearing date, said Sanjay Shorey, director for legal prosecution at the corporate affairs ministry.